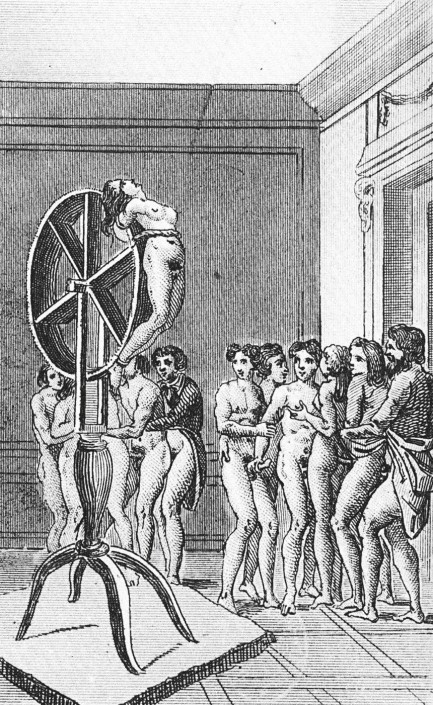 The famous French erotica, Histoire d'O, by Pauline Reage, was supposedly written as a series of love letters to her lover, Jean Paulhan. Don't be fooled, however, these love letters were far from innocent. Reage admired the libertine sexuality and works of Marquis de Sade, who was infamous for regularly engaging in his debauched sexual fantasies, and even wound up in prison for doing so. Histoire d'O details a woman who submits to her boyfriend and other men through bondage and sexual perversions. O becomes a sexual slave, wearing only an owl-like mask and a leash attached to her piercing. She is treated as an object by many guests and finds great sexual satisfaction in this ultimate form of submission.

If the tale of Histoire d'O and the idea of bondage, submission and domination interests you, Soft Paris has you covered...

Our line of restraints and masks including rope, tape, handcuffs, wrist and ankle restraints, gags, leashes and collars are a sure-fire way to keep things extra debaucherous in the bedroom.

€15.83
Attention all bondage beginners! Lianes are the simple, effective and elegant handcuffs you need to explore your kinky desires.

€18.33
Entice your lover with an element of mystery and allure with the Attirante leather and rhinestone mask.

€13.33
A daring alternative to classic handcuffs - spice up your foreplay even more by exploring the art of bondage.

€29.17
Unleash the animal within you with the Dahlia leash.

€32.50
Surrender to pleasure with the mask and cuffs set in lace and satin.

€20.83
Adorn an element of mystery and allure in Tulipe

€49.17
Take a trip on the wild side with Snake to Love, every soft bondage lover's best friend!

€20.83
Blindfolds are portals to other worlds of pleasure.

€35.00
The Dahlia range is our most elegant and stylish bondage exploration set yet.